Finding the Edge in Sports

A tired brain can affect performance and much as a tired muscle.
“Mental and physical effort are alway’s intertwined.” — Dr. Samuele Marcora Professor of Sport Science
"Brain endurance training works by flooding adenosine levels in the brain repetitively over time with targeted neuro cognitive drills so that neurons and synapses adapt over time to keep adenosine levels lower. Resulting in the brain’s contribution to overall “Perception of Effort” as the task endures or exercise duration increases being at a much lower “Perception of Effort” allowing physical performance to improve. Essentially taking the brake’s off! Allowing physical output to be maintained for longer as well as mental agility relative to task to be performed with less errors." -Synapse Neuro Performance Solutions Director at Synapse Neuro Performance Solutions London, England, United Kingdom

Journal of Science and Medicine in Sport

"This study provides further evidence that brain endurance training (BET) improves performance over matched physical training. Prior BET (i.e., engaging in mentally demanding cognitive tasks before physical training) offers another option to enhance fatigue resilience, which expands the use of BET to more sports and potentially higher intensity training where concurrent BET will not be practical. The benefits of prior BET may be explained, at least in part, by improved prefrontal oxygenation." 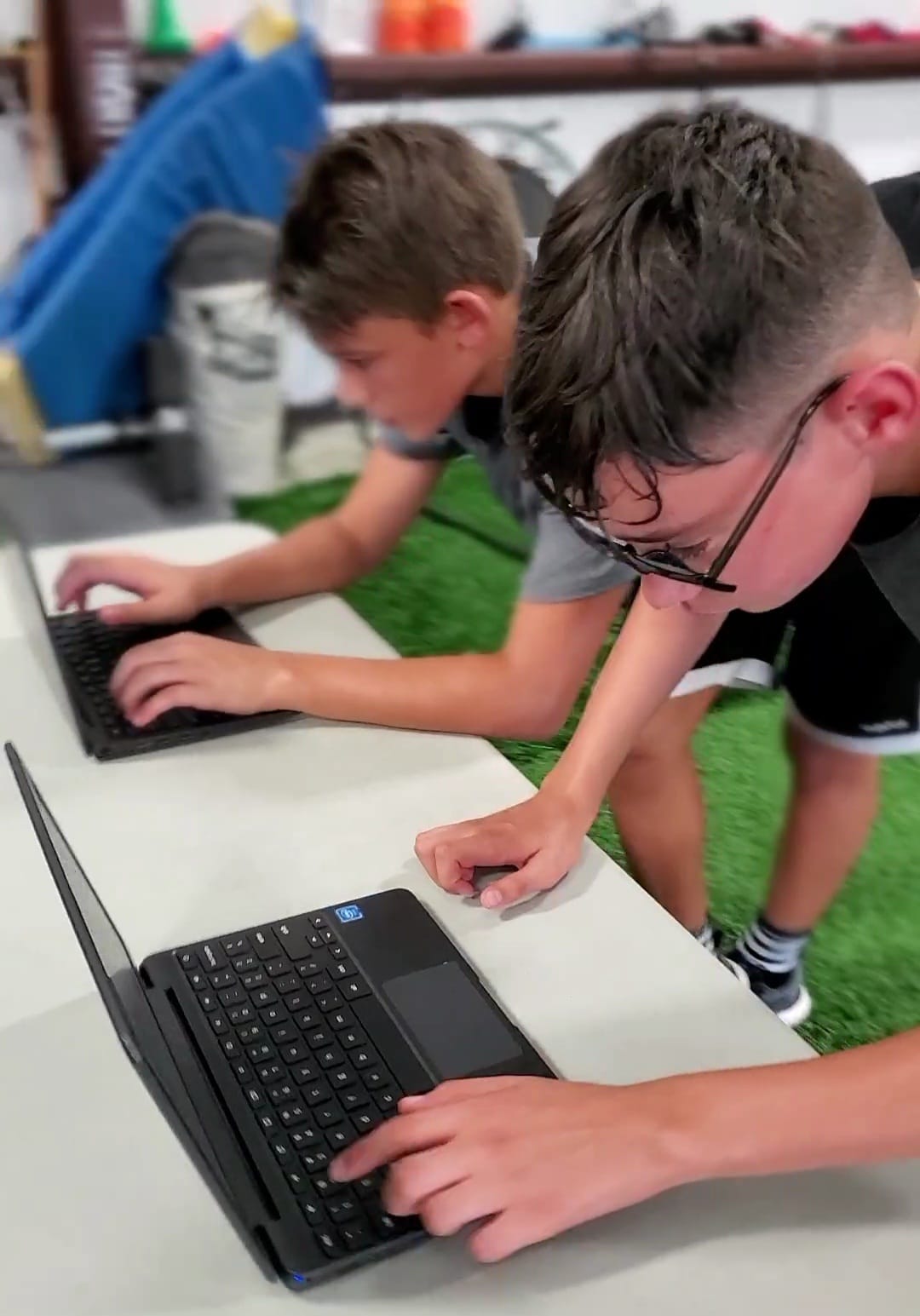 Conclusion: The inclusion of BET during the preseason seems more effective than standard physical training alone in improving the physical, cognitive, and multitasking performance of professional football players."

✓Improves endurance by reducing the perception of effort, which is associated with the activity of the anterior cingulate cortex ACC. Lazy effort-based decision-making is related to damaged ACC.

✓ Injury prevention by reducing overloading of the musculoskeletal system while allowing increases in training load.

✓Increases accuracy and speed in decision making tasks for a longer amount of time.

✓Greater capacity for resilience to mental and physical fatigue.

✓Fewer errors due to sharper focus.

✓ Adapts and increase their performance during sporting competitions.

Why we are using the Japanese abacus for BET training

As a stand-alone tool, the Soroban abacus has a proven track record for whole brain development.

"Significant improvements were observed in the cognitive parameters of concentration, memory, perceptive attitudes, and creativity after the intervention, using the abacus, with respect to the control group. It is demonstrated that a calculation program based on the use of the abacus for 8 weeks has beneficial effects on the cognitive capacities of concentration, immediate auditory memory, perceptive attitudes, and creativity. In addition, the benefits of using the abacus to improve cognitive attitudes are reported.

Conclusion: The present study carried out in children aged between 7 and 11 years, had two main research questions. Firstly, it was intended to find out whether there was a relationship between AMC training and cognitive skills. Regarding the relationship, it was found Educ. Sci. 2021, 11, 83 12 of 14 that the experimental group participants improved their concentration cognitive abilities, immediate auditory memory, perceptive attitudes, and creativity. In terms of assessing whether AMC training improves students’ mathematical skills, the findings suggest the effectiveness of the use of the abacus in learning calculation, due to the higher EG scores compared to the CG’s in just 8 weeks. These results are an advance for both the field of education and clinical practice since they reinforce the important role of the abacus for working in the classroom, and outside it, in order to achieve benefits at the psychological level that are useful for better academic achievements.